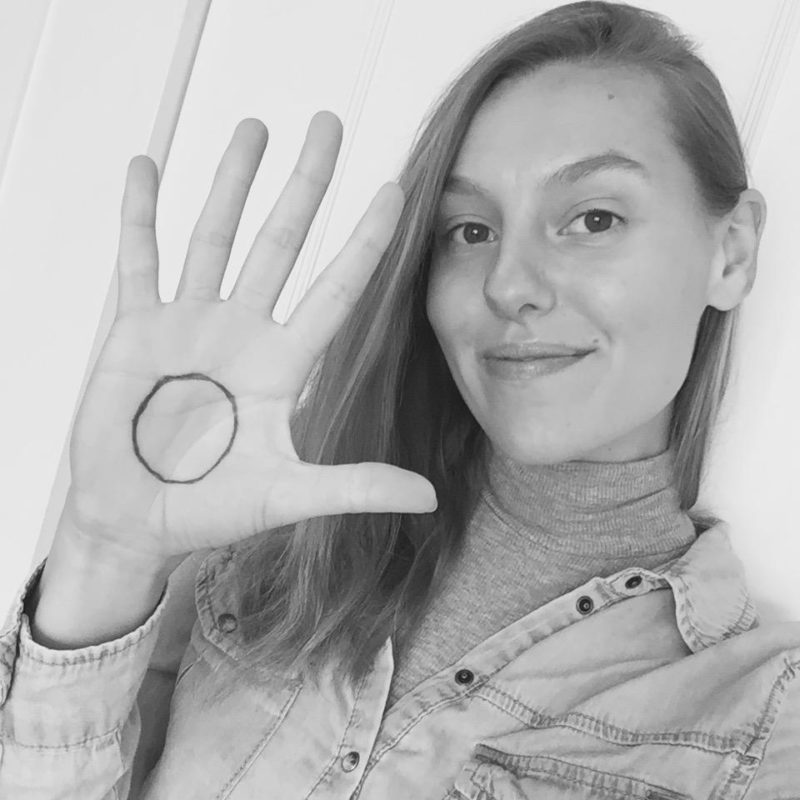 It’s 22:21pm as I write this… but better late than never. It is still #worldmentalhealthday and Rizzle Kicks star, Jordan Stephens has launched a mental health campaign to normalise the stigma around mental health and to fight for the support that the campaign needs, for young people and simply for us all.

More than one in three people between the ages of 11 and 24 suffer with mental health difficulties. That is quite a statistic. That is a scary amount of young people in this day and age who feel like they are alone, who feel like they shouldn’t speak up and get the help that every human being deserves. Jordan created the hastag #IAMWHOLE to soar throughout social media giving anyone suffering in silence the opportunity to click on it and have their eyes opened to a circle of people, holding out a hand so that they don’t have to feel isolated anymore.

Like my photograph above, many of us have joined in with the campaign by drawing a black circle on our hand. We have joined in because we have personally been touched by the effects of mental health difficulties, we want to help raise awareness to a cause that matters or like me, have suffered personally.

It took me a long time to accept that the anxiety attacks that I would have, the ones that would frighten me and effect my life so dramatically, fell under the mental health umbrella. I don’t know why but when I finally realised how I was ‘labelled’, I felt ashamed of myself. I felt weak, alone and embarrassed to admit it to my friends and closest family. It defined me for quite a long time. I was afraid a lot of the time, it stopped me from enjoying life as much as I wished that I could. I hardly said ‘yes’ to anything anymore, I limited myself completely and when I got so bad, my chest would go so tight, beads of sweat would drip from my face and I would be convinced that I wouldn’t get another chance to breathe. Panic would take me over completely and I was left, crying on my bed…a shell of the person that I used to be.

It was incredibly hard, to accept and to fight.

I know how it feels to feel so far from who you used to be, so out of control…So tired.

I want to help anyone who feels like I once did. I want you to want to help. We have to help.

I am a mother. This campaign matters for the future, for our children. For us all.